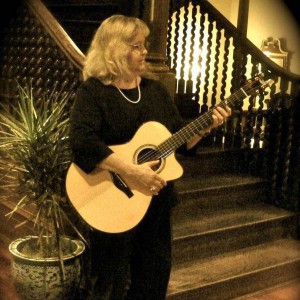 Jody Butler began playing piano in second grade and guitar at age nine, and music has been an important part of her life ever since.  Jody taught in both the Carroll County and Carrollton City school systems for twenty-six years, specializing in gifted education. She earned her B.S. Ed. from West Georgia College in 1979, with a major in early childhood education and music minor. She received her master’s degree in education from West Georgia College in 1982 and her doctorate from Auburn University in 1988. Jody came to work for Doug Kees Music Services in January, 2005. She performs fingerstyle guitar at restaurants, weddings, receptions, and private events. She performs regularly in the Newnan area with Ken Spake and with the band Back Porch.  Jody also plays both mountain and hammered dulcimer.  As part of her goal of always improving her own musical skills, she has attended the Swannanoa Gathering Guitar Week in Asheville, NC for many years, studying with renowned guitarists Muriel Anderson, Ed Gerhard, Al Petteway, Pete Huttlinger, Patrick Landeza, and Robin Bullock.  Jody has the background in both education and music to guide her students in achieving their musical goals.